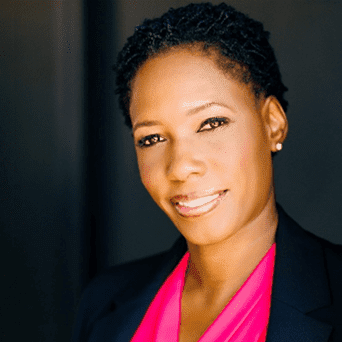 July 2021 – LADWP appoints Monique Earl to serve as the inaugural Senior Assistant General Manager, Chief Officer over the newly-established Office of Diversity, Equity and Inclusion.  Ms. Earl was appointed after an extensive and highly competitive national search process conducted by The Hawkins Company. The office was established as a result of Mayor Garcetti’s Executive Directive No. 27 which instructs all city departments to create a Racial Equity Action Plan to promote equity throughout Los Angeles.

With over 20 years of experience serving in various roles in the City of Los Angeles, Ms. Earl most recently served as the Executive Officer with the Los Angeles Department of Transportation leading Diversity, Equity, and Inclusion efforts in recruitment, hiring and supplier diversity, among other responsibilities.  As the Senior AGM-Chief Diversity, Equity and Inclusion Officer, Ms. Earl will join the senior management team of LADWP and report to General Manager Martin Adams.  Adams said of the appointment, “I am thrilled to have Monique join our leadership team.  The energy, enthusiasm, and experience she brings will help LADWP move forward in all areas of DEI, both our internal staff as well as how we serve communities across Los Angeles.  Monique will play a key role in helping us make LADWP the best public agency it can be.”

LADWP Board President, Cynthia McClain-Hill, looks forward to the work that will be done by Ms. Earl’s office. She stated, “Equity is about making sure everyone, especially people from historically disadvantaged backgrounds, have the opportunity to be successful at LADWP.  Monique Earl will be a welcome addition as LADWP’s first Senior AGM-Chief Diversity, Equity and Inclusion Officer during this critical time.”

Ms. Earl is eager about beginning her tenure with LADWP and reflected, “It is an honor and huge responsibility to join LADWP in this pivotal role.  I look forward to building upon the DEI foundation the Department is laying and establishing a culture where everyone feels seen, heard and valued.”

As more organizations like LADWP, pivot to more inclusive and equitable workplaces and delivery of services, The Hawkins Company is both honored and thrilled to be a part of the process that supports systemic change in organizations across the United States.  We would like to extend an enthusiastic congratulations to both Monique Earl and LADWP.